Assessing the Risk of "Stuck" Shoulders During Delivery

Weight of the Fetus

in High-Risk Patients Prior to Delivery 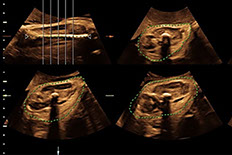 -A Serious Complication of Labor-

Shoulder dystocia or "stuck shoulders," is a complication that occurs during the delivery of the fetus. When it occurs, there are three types of consequences: (1) no adverse outcome for the newborn child, (2) brachial plexus injury that is temporary, or (3) brachial plexus injury that is permanent.  The brachial plexus consists of nerves that go from the neck to the shoulder, arm and hands. When injury occurs, a number of permanent symptoms may include weakness or inability to use certain muscles of the hand, arm or shoulder that may result in permanent damage.

Doctor's Explanation of Diagnosis and Treatment

Has the Incidence of Shoulder Dystocia Increased in the Past

Shoulder dystocia has increased over 10 times since 1979. This has paralleled the increase in obesity in the United States as demonstrated from data from the Centers for Disease Control.  Women who are overweight have larger babies and therefore have an increased risk for shoulder dystocia.

Older Methods to Evaluate the Risk for Shoulder Dystocia  Before Birth?

One method to identify a fetus at risk for shoulder dystocia is to estimate the fetal weight using diagnostic ultrasound. When the fetus is larger than expected, this is called MACROSOMIA.  The American College of Obstetricians and Gynecologists has suggested that Macrosomia should be defined for an estimated fetal weight of over 5,000 grams if the patient is not a diabetic and 4,500 grams if the patient is diabetic.  This definition places both groups of fetuses well above the 99th percentile for term fetuses and is not a very good diagnostic tool to identify fetuses at risk for this potential problem. 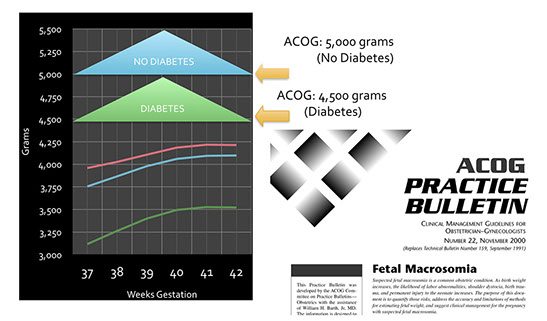 How Can the Risk for Shoulder Dystocia Be Identified?

In 2006 A group from Canada reported an approach in which they provided an equation to predict the risk of severe shoulder dystocia that had long-term consequences. To predict the risk for adverse outcome required the following elements: (1) the age of the mother, (2) her height and weight, (3) the estimated fetal weight of the fetus, and (4) whether it was her 1st baby or not.

Have the Results from the Canadian Study Been Validated?

In 2012 the same group of investigators reported results from 11,958 patients who were not evaluated with the algorithm was not used and 8,767 in which it was used clinically to predict shoulder dystocia.  For the patients evaluated with the algorithm, the rate of shoulder dystocia decreased by 57%% with no increased rate of cesarean section. In addition, the rate of vaginal lacerations significantly decreased from 7% to 3%. 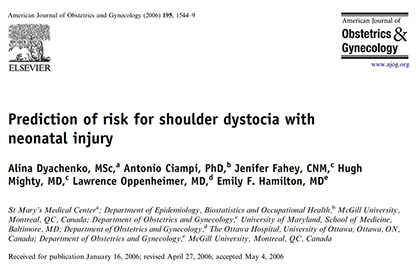 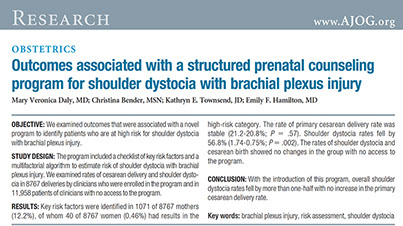 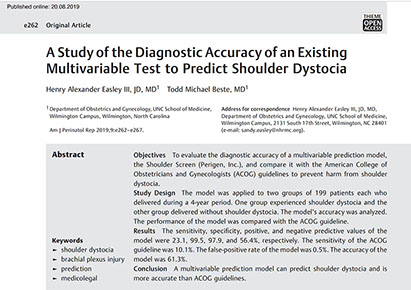 Since the algorithm requires the most accurate estimate of the weight of the fetus, we often will use 3D ultrasound to compute the fetal weight, since this is a more accurate method for assessing the weight compared to the traditional approach used by other ultrasound providers.

Measurement of the limb volume using 3D ultrasound to  compute the fetal weight when the fetus is at risk for shoulder dystocia.

The patients are classified as low, moderate, or high risk based upon the calculated Model Score which is derived from the algorithm using the age of the mother, how many children has given birth to, her height and weight, and the estimated fetal weight.

This is a sample report. The risk score is 0.22 which is just at the bottom of the moderate risk group. For this patient, the risk of shoulder dystocia with permanent injury is 2 times the background risk and the risk for any brachial plexus injury, and 2.3 times any brachial plexus risk.